The rise of the Python programming language

Today it can be found everywhere, whether in the industry or in the academic domain. The simplicity of its syntax and speed of writing the source code make it very convenient both in development and in research.

Python was conceived in the late 1980s, and the implementation was started in 1989 by Guido van Rossum. The idea was to make a successor to the ABC programming language with an additional exception handling mechanism and the ability to interact with the Amoeba operating system. To date, Python has evolved into a Swiss Army knife among programming languages, despite a rocky history of development (transition from version 2.x to version 3.x).

What is Python used for?

Python can be found everywhere, and its strength lies in the large selection of high-quality modules specific to the field of application:

The TIOBE index is an index that has been monitoring the popularity of programming languages for over 20 years. It is calculated through the number of search results on various web search engines (a total of 25 different search engines) and is updated once a month.

For many years, C and Java were the programming languages that graced the top of the rankings, which changed in October 2021, when Python jumped to first place in the rankings (Pythons fight against Java began late 2020).

Why is Python popular?

There are many reasons for Pythons popularity:

Considering all of the above, if you plan on entering the field of programming this year, Python will surely cover everything you need, whether you want to automate a process, make a website, your own video game or enter the field of data science.

If you have any questions or need advice on programming in Python, feel free to contact the author of this post at domagoj.maric@megatrend.com.

SQream is a hybrid analytics platform that gives you the critical insights you need when you need them – on any size of data. SQream DB is a modern RDBMS database designed for data warehousing of large amounts of data (Big Data) with additional acceleration through graphics processors (GPU). Primarily published in 2014 in Silicon […] 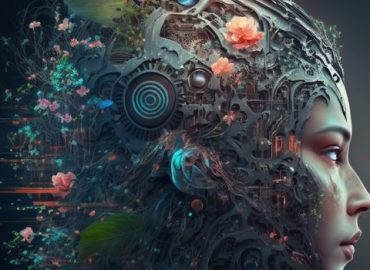 This is the first part of a series of blog posts about the future of artificial intelligence, with a particular emphasis on the importance of working on its safety. We live in strange times. Not in the last few years, what with the pandemic and the war in Ukraine and the inflation and everything, but […]