On November 28, at Hotel Antunović in Zagreb, Info systems security conference took place. It was dedicated to digital transformation, cyber and homeland security. Vinko Cippico, business solutions consultant from Megatrend, participated as one of presenters at conference. He presented block chain technology with focus on usage of cyber security.

Vinko talked about possible fields of blockchain technology in public administration, how it affects cyber security and possible advantages and disadvantages of security field. The presentation contained research which covered around 50 countries and over 200 projects in various state, regional and city administration fields. It Discussion covered statuses and contents of these projects, as well as examples in few different European countries. Leading EU country, in numbers of production projects, is Estonia. Public administration representatives claim that due to only one safe-internet voting blockchain project, they saved up to 11 000 man-days.

At the beginning of year, European Commission established Blockchain Observatory and Forum, body in charge with  blockchain development projects. Blockchain declaration was also established where it is stated that the future of all public services will use blockchain technology. Only during this year, EU invested 80 million euros through this body, and until 2020, they plan to invest 300 million more. Initiative attracted 26 EU countries, unfortunately, Croatia is one of the two countries that did not join.

This overwhelming fact, is what Megatrend is plans to correct, since the company is initiating pilot projects based on blockchain technology. We hope that Croatia will soon join EU countries in blockchain usage, for more efficacy in public administration. 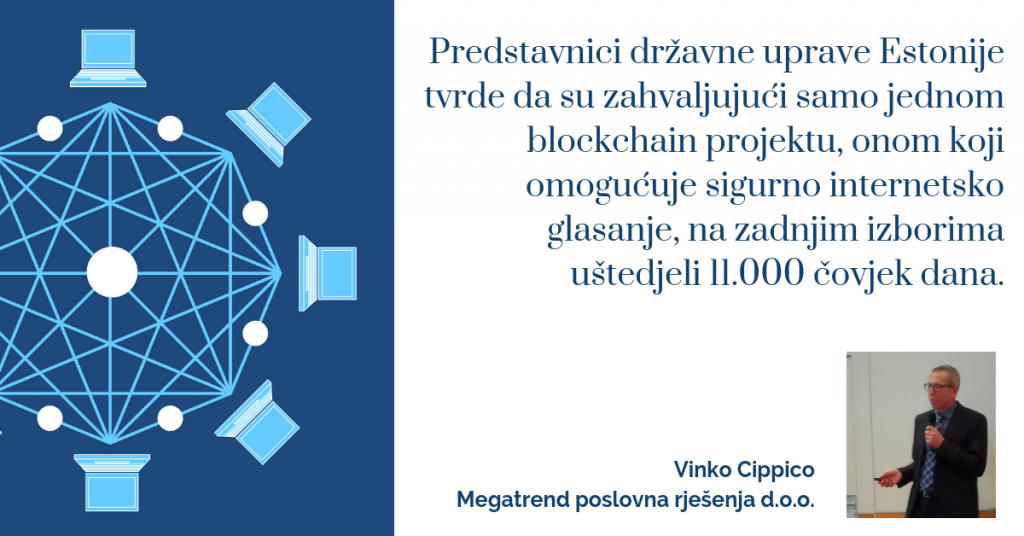 Reports on the Fly