Our President of the Board, Anđelka Strajher, was nominated for Women entrepreneurs award in the category of inspiring entrepreneurs by the choice of Women in Adria – business women network.

The awards ceremony was organized by a network of business women – Women in Adria, Development Agency Zagreb and the Croatian Chamber of Economy under the sponsorship of the City of Zagreb. General sponsor was Privredna banka Zagreb d.d.

The award ceremony was held in Zagreb on November 19 on the International Women’s Entrepreneurship Day.

Inspirational entrepreneur was declared Katica Hauptfeld, whose company Katarina-line from Opatija is one of five most successful Croatian tourist agencies. The best in the category of micro enterprises was declared Elizabeta Planinić, who leads Greco company in Zagreb and crafts Čuvar sjećanja.

Female entrepreneurship in Croatia has been recording growth in the last 15 years. Women are now owners of 30 percent of companies and crafts, while in 2001 their share in the Croatian entrepreneurship amounted only 8 percent. This award ceremony was initiated with the aim of improving the entrepreneurial climate for women.

More about the event and the awards can be viewed at: http://www.womeninadria.com/katica-hauptfeld-i-elizabeta-planinic-najbolje-hrvatske-poduzetnice/

Congratulations to all our women entrepreneurs! 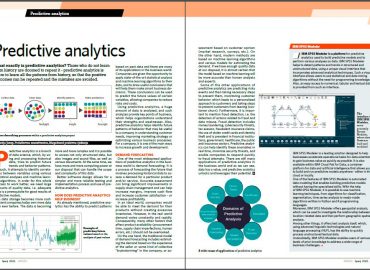 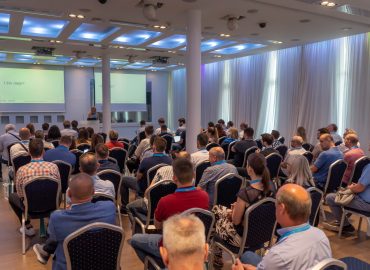 Megatrend presented its current projects at the Power of Data Conference

Megatrend poslovna rješenja held its traditional Power of Data Spring 2022 conference in Zagreb on May 20, 2022. The company presented its current projects in the field of application development, artificial intelligence and Big Data. The conference began with a cross-section of the company’s business in the turbulent 2021, when part of Megatrend poslovna rješenja […]